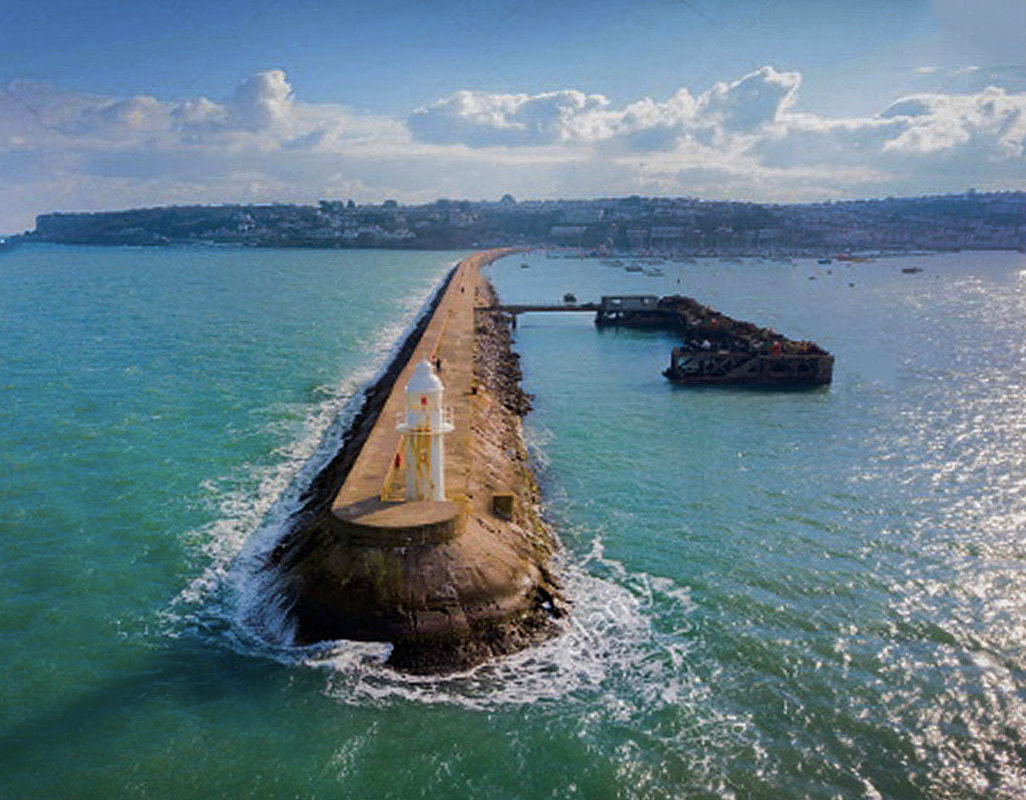 The Breakwater extends into Torbay for half a mile. It was built in sections in 1843, extended from 1909-1916 and partially reinforced with Cornish granite in 2019. So it is 178 years old.

It's an elongated rubble mound, faced with jointed limestone and granite boulders on its seaward (Eastern) face. The original limestone was quarried from the Berry Head.

Brixham is England's largest fishing port. It lands around 25,000 tons of fish a year, with an annual turnover of around £40m. Brixham retains much of its character as an ancient and historic town, full of legends and stories, and has been a port for centuries.

The town also had another major trade, now virtually forgotten, importing fruit on timber schooners. Boats would travel from the Azores and Lisbon, primarily loaded with oranges and lemons. At other times mixed fruit, including melons and grapes would be shipped from all around the Mediterranean. Between 1846 -1884 when the trade died out (due to steam ships being used and fruit merchants shunning them over cleanliness), there were over 300 schooners built and registered in Brixham.

As well as being famous for fishing and fruit importation, quarrying and iron extraction were also vital town industries. ‘Red ochre’ was also dug in the town. This was used to protect the canvas sails on the old fishing boats from seawater, which gave the boats their characteristic ‘red sail’ appearance and which was used to make rust resistant paint. Restored wooden heritage trawlers with red sails can still be seen in and around Brixham.

Limestone was also quarried in Brixham. It was used for dressed stone, to make cement and burnt in kilns to produce lime. Torbay itself has been used for centuries as a safe haven for ships sailing in the English Channel, including the Royal Navy, who once held Napoleon on board for several days, on route to exile in St Helena, 200 years ago!

​Warships were also often (and are still) seen in the bay. From the days of the Vikings up until 1944 when part of the D-Day fleet famously sailed to France from the concrete slipway ramp laid by the US troops. 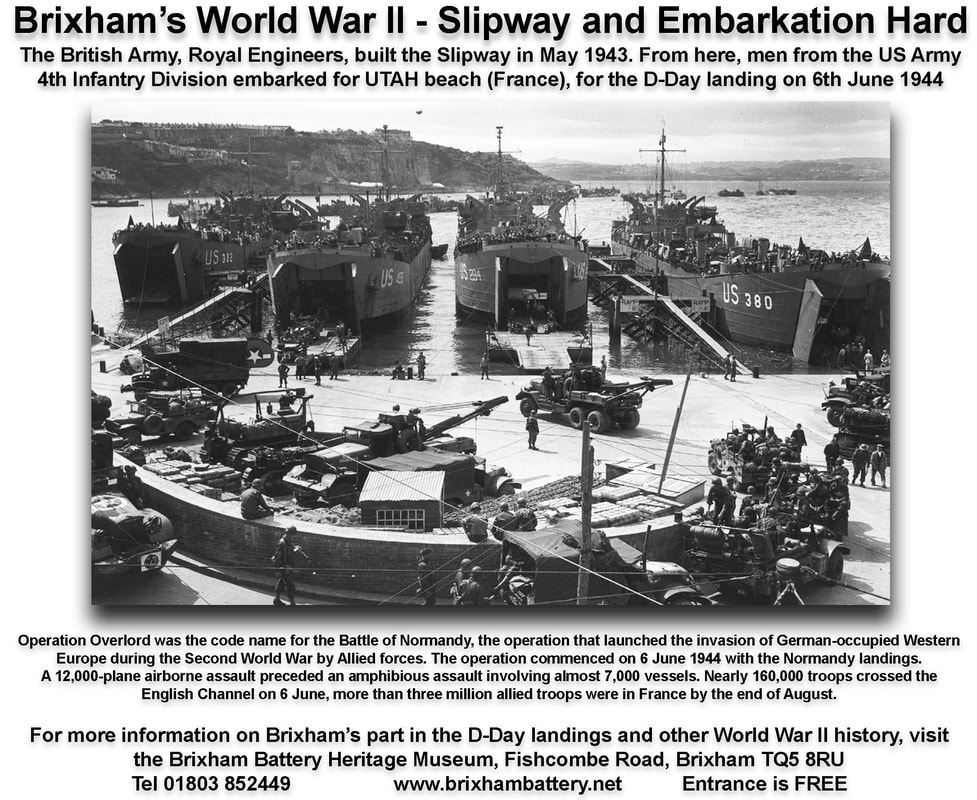